Thanksgiving (as we learn of it in school):

Thanksgiving (as it was):

William Bradford with 40 pilgrims seeking to escape religious persecution had set out, not on an adventure, but on a mission. Theirs was a Biblical foundation, The Bible having both inspired their flight and established the ground floor of their contract. Theirs was exemplary  of the value of “faith.” There was no knowledge that we will succeed, but there also was no doubt.

Upon their arrival they were met with nothing but wilderness. No hotels, no Wallmarts, no family, friends, no welcoming committee. During the first winter half of them perished. When Spring arrived Indians did teach them a great deal but it was not this that grounded our Thanksgiving celebration.

The pilgrims had previously entered into contracts with sponsors in London which required everything grown, trapped, harvested, manufactured or otherwise produced to go into a common store. Each member of the community had one share. This included all of the land and the houses. This was one of histories marvelous examples of socialism. Nobody owned anything and all product was equally distributed amongst all. The very model of the socialist fantasy we are marching toward in America today.

What they soon learned was the weaknesses of the socialist philosophy which rears it ugly head every time it’s tried. The root of its weakness being lack of motivation, which even Godly beliefs and moralistic intentions do not overcome.

The experience that we had in this common course and condition, tried sundry years…that by taking away property, and bringing community into a common wealth, would make them happy and flourishing — as if they were wiser than God. For this community was found to breed much confusion and discontent, and retard much employment that would have been to their benefit and comfort. For young men that were most able and fit for labor and service did repine that they should spend their time and strength to work for other men’s wives and children without any recompense, that was thought injustice.

Their solution to this obstacle evolved into the power behind the greatest economy this planet has ever seen. Each family was granted its own piece of land and the responsibility of working, harvesting and marketing the production. Keep what you need and sell the rest and with the money you earn you can buy the best. This worked magnificently, leading to trading posts being set up in which exchanges could be made not only amongst the pilgrims, but with the Indians as well. They were able to pay off their contracted debt with London sponsors. Word spread in England and through Europe and the Great Puritan Migration began.

We are seeing an unexpected result of the importation of “refugees.” Here we are, celebrating Thanksgiving. A celebration America doesn’t really understand. Having been taught lies through our education years, most American’s haven’t a clue as to the true meaning of the celebration and what it represents. Topping this off is the media attack Thanksgiving takes every year.

This year we are seeing a very different presentation. From the very center of the main stream propagandia outlets, The New York Times, Huffington Huffington Post, The Washington Post et al. we are getting comparisons between the pilgrims we recognize on Thanksgiving and the Syrian refugees which our administration is trooping into our country right now. We are seeing the propagandia come closer to truth about the humanity and nobility of the pilgrims than we’ve ever seen before.

The stories we typically see at Thanksgiving time about how the religious and fiendish American founders raped a virgin land, stealing from and murdering its caring, kind, and loving peoples who wanted nothing more than to be friendly and supportive, are hardly suitable tales for making a comparison intended illuminate the value and honor of accepting unvetted, healthy male members of the religion of ‘convert or destroy’ (refugees), struggling to escape the same sort of repression as did our pilgrims. 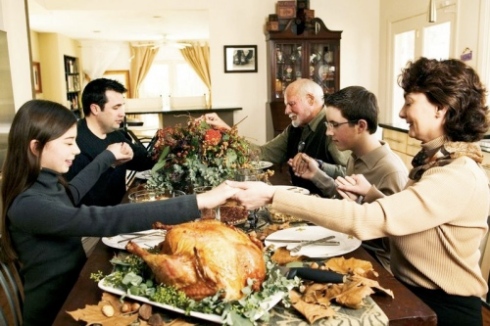 Some of us are thankful for freedom

Others for big brother’s purse.

And thankful things aren’t even worse.

I’m thankful for my little sister

Souls bleed but this is obverse.

The ability to converse.

To who is it we are to be thankful?

Who was it that lit the big bang?

What was it that up and exploded?

From what origin does that one hang?

Or is it Caballa?

The fact is that thanks does exist.

Whatever it is, this “creator”

Will not go by me unkissed.

I guess it’s not odd if I call it God

And I’m thankful too for this tryst.