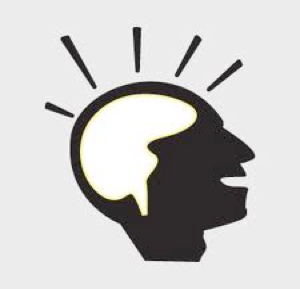 I’ve been workin’ on poetry lately, believe it or not, and I’ve been listening to masters of the craft speak about their art.  These particular individuals have all been University Professors.  Beyond having been educational for me,  I’ve noticed some items of interest in these elders who are educating our youth.

For one thing, they appear, as a general rule, to be suffering from insecurities of various types and as they tell their tales, they simply can’t resist adorning their educational stories with a good deal of self-aggrandizing ornamentation.  I just finished listening to an English Professor explain in a few short moments, her capability of speaking in several languages, her association with important writers from around the world, her having published several books, her managerial position in the English division of her University, somehow she avoided comment on her own beauty, but I expect it crossed her mind.

None, so far, have actually spoken of hating the concepts of freedom and responsibility, nor their embarrassment in being Americans, yet their aversion is quite apparent.  I recently listened to another poetic Professor speak of a ridiculous poet who dreamt himself worthy of becoming a Poet Laureate.  This poor fool had actually written a poem for the George Bush inauguration! A horrible poem that spoke of eagles, soaring, freedom, reaching higher heights, even such absurdity as loyalty and commitment to the U.S.!! For Shame!  She read the poem and the crowd of students responded as she’d hoped, with approval of her disapproval.  She pointed out that she’d not waste time dissecting the poem (big laugh from the crowd). This disappointed me, because I would have liked to have heard her reasoning.  I’m a sucker for comedy, especially tragic comedy.

This modest treachery extends to other fields on the University campuses as well.  I heard a Humanities Professor teaching a course she dubbed, “The Quest for Justice”, tell the class that we are fortunate enough to live in a country governed by a “liberal democracy”.  She used this interesting terminology numerous times.  Unfortunately, she is right, well… left, but correct in this never the less.  “A Republic if you can keep it.” said Franklin as he peered into the future.  We’ve not kept it.  Even Republicans don’t know what a representative republic is.

The book, “Outcasts United” was not much of a book in my opinion but it did cover racial issues, immigration issues, gang issues, welfare issues and so much more.  I wondered why it was required reading in an Academic Prose course.  Roaming the halls I heard the book mentioned in other classes as well.  For some reason this boring bit of rhetorical redundance was being used throughout the department.

In an Ancient History class we learned of Muhammad and Islam.  We learned of the pillars of the Islamic faith.  The 5 pillars.  Isn’t it 6? Well it’s five if you don’t count the part about convert or destroy, which this professor didn’t.

America is finally presided over by a truly great man, socialism is a sure sign of true civility, CocaCola is a Republican plot, government is the ultimate solution to every imaginable problem…

Does America remain powerful and free when the cream of it’s crop is fertilized with such powerful bullshit? Well… America ELECTED Franklin D. Roosevelt, Lyndon B. Johnson, Barragh Hussein Obumie, Harry Reid, Nancy Pelosi, Barney Frank, Joe Biden, Barbara Boxer and on and on and on.

We protect our children from the evils of the F-word but we pay thousands to have them educated in the evils of freedom and responsibility.

The crop is beginning to blossom.