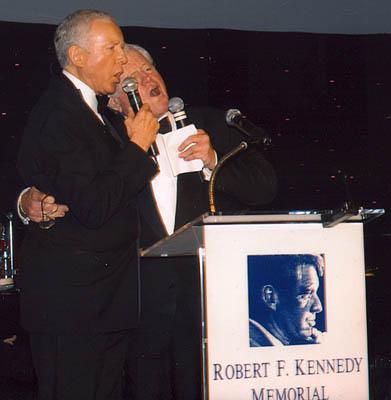 Orrin Hatch is fixin’ to run for senate AGAIN! His first run, he promised to be his only term, but ever true to his lack of moral value, that was a lie. He’s still there over 40 years later, collecting his executive welfare check with a big fat smile on his livin’ on your tax dollars face.

“Snatch” embodies everything that’s wrong with the GOP brand. He’s a mascot for the Big Government Republican parade and masquerade of career politicians who stand for nothing and roll over for everything.

“Snatch” co-sponsored the $6 billion “National Service” boondoggle (with his buddy the murderer, Teddy Kennedy); was an original sponsor of the open-borders DREAM act; voted to fully fund the oBama amnesty; supported the Lynch nomination; supported Holder (who presided over the Fast and Furious scandal (which should’ve landed Holder, oBama and others in prison)); is fighting against the Trump corporate tax plan; voted to sign away American sovereignty to international tribunals, grant oBama with dictatorial authority in the name of “climate change,” to turn over control of U.S. immigration policy to foreign nations, to establish the Pacific Union (an alternate government), to hook Americans to a “legal system” of corporate extortion, to help in the establishment of corporate monopolies (crippling America’s economy), to comply with UN small arms treaty (ignoring the Second Amendment)…  and a host of other traitorous absurdities which keep his demonrat buddies giggling.

“Adolph Hitler, in his wildest dreams, could never have imagined such a fascist jackpott, and it was freely given…” ~Rick Wells. 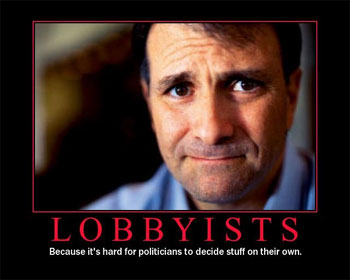 Lobbying (the attempt to influence legislators or other public officials in favor of, or against a specific cause) is proper enough and totally natural. The tendency to attempt to profit from moving a political, governing attitude is pure capitalism and natural as well.  What we define as lobbyism is actually nothing more than effectively taking advantage of our representative republic system. There is absolutely nothing wrong with lobbying, not even professional lobbying. However the fact is that it emphasizes the importance of proper, principled behavior on the part of..  nope… not the lobbyist, rather it is the governing official whose behavior should be monitored and controlled.

What has actually happened is, the people who really are responsible have found, in lobbyism a perfect whipping post upon which to hang the blame that belongs on themselves.  Thus we have Obuma spewing lies (his specialty) about ending lobbyism, which he would never, ever, not in a million and two years, actually do.

Focusing the blame on lobbyism has absolutely zero (or less) chance of affecting the way things operate in DC, including lobbyism. It does have the magnificent result of generating a very large amount of focus on not-the-problem. Focus intensified by the mass propagandia, and we see demonstrations such as OWS which is a comedy of errors focused on the successful who, in all actuality, are paying for everything Mr. Average enjoys, including well over 80% of the total tax burden, the dirty bastards!

So what, Bacon, is the answer? Hard core enforcement of the constitution! Desperate support of liberty! Fair is a fantasy. Freedom is everything!  Be painfully careful who you vote for, and DO vote! NO MORE commielibs. No more theocracies. The penalty for abuse of power should not be light and easy. It should be tremendously painful. Were Bacon king, we’d skin the crooked politicians alive, salt ‘em and sing chorals as they bleed to death in screaming agony…  It would solve the problem. Trust me on this! I’m right!