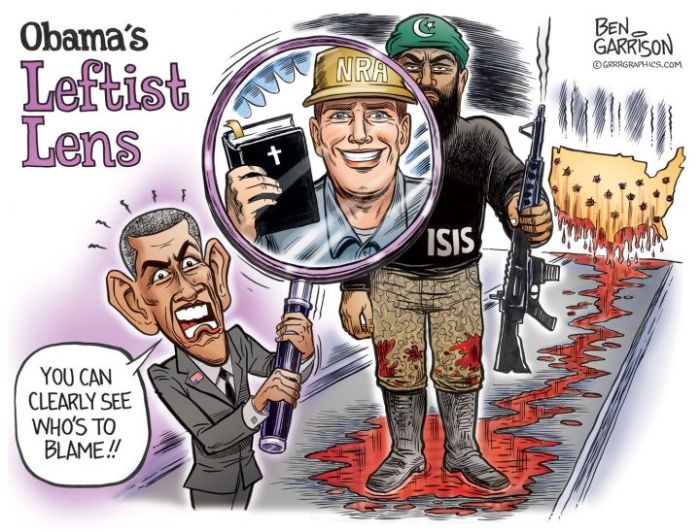 While it seems quite likely that Omar Siddiqui Mateen had been exposed to the anti-gay proclivities of the Muslim community, himself having been gay. It seems quite likely that his attack was less focused on killing gays and more on killing the largest number of “infidels” possible in the shortest time. While the main-stream media [propagandia] is using this narrative to make the absurd claim that the NRA, white Christians, and anti-gay G.O.P. are as much to blame for the attack as is Omar Siddiqui Mateen himself. Islam itself escapes their scrutinization completely, of course.

It is almost fun to notice the absurdities they spew, “toxic masculinity,” “Here’s what the Christian right’s got to wrestle with: They’re only a few points behind the Orlando shooter on the same political spectrum.” (note, they name him “Orlando shooter” because his name, Omar Siddiqui Mateen, sounds far too Muslim)

However as we examine this “tragedy, (atrocity actually) we see that Omar Siddiqui Mateen researched other targets, i.e. Disney World. Omar Siddiqui Mateen didn’t mention “gays” when he called 911 to announce his intent and why he was killing. What he did mention was his allegiance to ISIS and Abu Bakr al-Baghdadi and that he was doing this in solidarity with the Boston Marathon Bombers Dzhokhar and Tamerlan Tsarnaev and Moner Mohammad Abu-Salha (names you’ve not likely heard mentioned by the propagandia).

What value to the American establishment would the whole and real story be? Very little… “Thanks NRA!” “Thanks anti-gay political community!” “Thanks Donald Trump!!!”