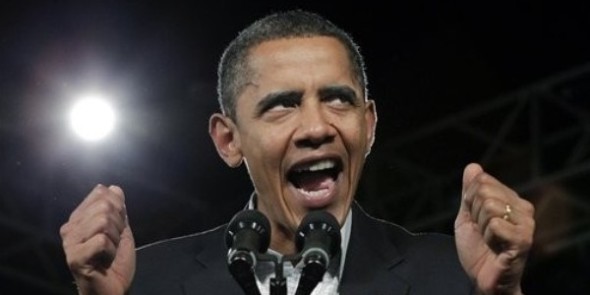 I recently got a message on Facebook which linked to the Forbes site (yep the rich we’re supposed to be hating so much), the headline being, “Who Is the Smallest Government Spender Since Eisenhower? Would You Believe It’s Barack Obama?” The article was spawned (surprise surprise) by Marketwatch, a “Wall Street Journal” entity (another surprise surprise). Wall Street loves the oBuma! Who can believe that the Administration who increased the national debt by a larger amount than all the administrations from Washington through Reagan isn’t the “smallest government spender since Eisenhower”? And to whom would the comparison between the oBuma and Eisenhower not spring to mind?

To people with the ability to think and reason these statements are worse than absurd, but to the members of the Church of the Black Jesus, the trillion dollar a year increase from Bush to the oBuma is explained by inflation. One helllll of an inflation but there ya go!

There is no mystery in seeing the Demonrats working their asses off to pull the rug out from under the greatest economical giant in history. The mystery for me is the media. The main-stream American media is indeed a propagandia. There is no longer even an attempt to appear honest. Why? What is the benefit in helping to flush America down the toilet?

The media is a huge comedy show! It literally brings me to fits of laughter almost every day! The only comedy more tragic is the American people.